Gifts for the Giving

Gifts for the Giving 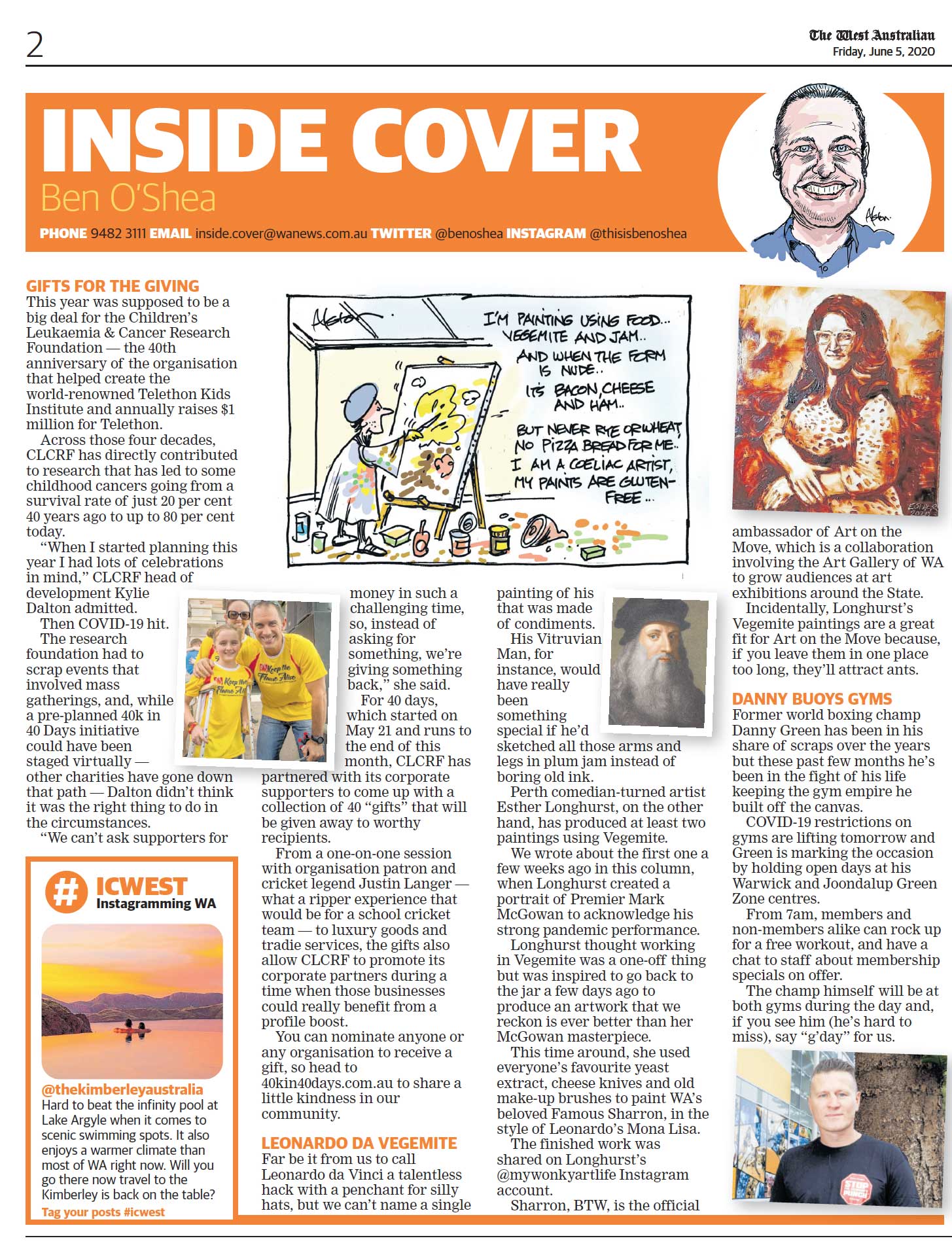 This year was supposed to be a big deal for the Children’s Leukaemia & Cancer Research Foundation — the 40th anniversary of the organisation that helped create the world-renowned Telethon Kids Institute and annually raises $1 million for Telethon.

Across those four decades, CLCRF has directly contributed to research that has led to some childhood cancers going from a survival rate of just 20 per cent 40 years ago to up to 80 per cent today.

“When I started planning this year I had lots of celebrations in mind,” CLCRF head of development Kylie Dalton admitted.

Then COVID-19 hit. The research foundation had to scrap events that involved mass gatherings, and, while a pre-planned 40k in 40 Days initiative could have been staged virtually — other charities have gone down that path — Dalton didn’t think it was the right thing to do in the circumstances.

“We can’t ask supporters for money in such a challenging time, so, instead of asking for something, we’re giving something back,” she said.

For 40 days, which started on May 21 and runs to the end of this month, CLCRF has partnered with its corporate supporters to come up with a collection of 40 “gifts” that will be given away to worthy recipients. From a one-on-one session with organisation patron and cricket legend Justin Langer — what a ripper experience that would be for a school cricket team — to luxury goods and tradie services, the gifts also allow CLCRF to promote its corporate partners during a time when those businesses could really benefit from a profile boost.

You can nominate anyone or any organisation to receive a gift, so head to 40kin40days.com.au to share a little kindness in our community.