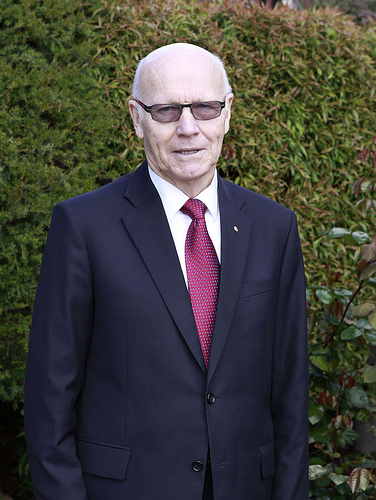 In the early 1980s, Geoffrey Cattach became actively involved in fundraising for research into childhood cancers after two of his sons were diagnosed with leukaemia and cancer.  Always an active volunteer and community contributor, Geoff helped form the Children’s Leukaemia and Cancer Research Foundation and was appointed chair in 1982, a position he holds to this day.

Since this time, Geoff has almost single-handedly raised more than $24 million to fund research into childhood cancer.  Geoff oversaw the establishment of the first cancer tissue bank in Western Australia, a facility which has contributed to the body of knowledge about childhood cancers.  Other innovative technologies and research projects have identified optimal therapies for cancer patients.

When Geoff began his journey 30 years ago, 70 per cent of children with cancer died.  Today, more than 70 per cent are saved.  His ‘never say die’ attitude is an inspiration and his outstanding contribution has changed the lives of many people in Western Australia and around the world.

Best wishes Geoff, you are a Champion in our eyes!