We would like to congratulate Colin Wright on his fantastic marathon achievement and fund raising effort. Below are a few words from Colin.

“Hi Folks,
I’ve arrived safely back in Australia after what can only be described as an ‘Adventure’. The race went well, but much harder than anyone thought it would be. And then we ended up having 10 days in Antarctica instead of four because the weather was too bad to bring the plane in! But we had an amazing time during the delay – when we finally returned barely a single person wished we had not been delayed.
Anyway, here’s some pics for you all. I’ve got plenty more (including some running and finishing) which I’ll send through another time.
Cheers,
Colin” 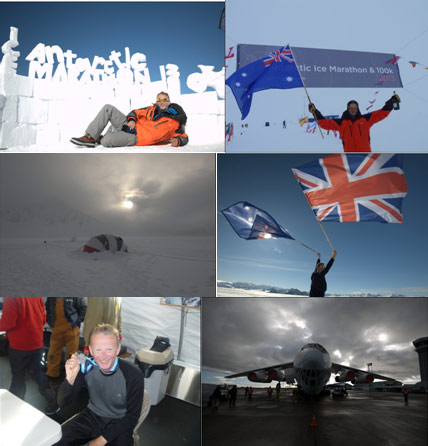