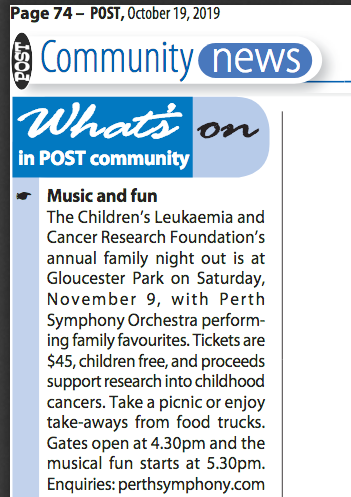 The Foundation was recently thrilled to receive a donation of $1,090 from the wonderful students and teachers at Lynwood Senior High School.

The funds were raised through a marathon soccer match which saw a total of 45 students and a few crazy teachers playing indoor soccer for a duration of 24-hours. The players were separated into two teams, Blue and Green, and played in two-hour shifts while the Soccer Committee Parents cooked dinner and breakfast for everyone.

The goal of the match was to raise money for the Soccer Academy and CLCRF. Over $6,000 was raised in total, a remarkable feat that matched the efforts on the court.

END_OF_DOCUMENT_TOKEN_TO_BE_REPLACED

The event, which takes place on Saturday 9 November, will be CLCRF’s seventh Family Night Out and it is set to be the biggest and best one yet! Along with delicious food trucks and a variety of fun activities for the kids to enjoy, the Perth Symphony Orchestra will be playing their family favourites at the wonderful and convenient location of Gloucester Park.

As CLCRF receives no government funding, the Foundation relies heavily on people’s generosity and attendance at these kinds of events in order to ensure the ground-breaking research into childhood cancer can continue.

“It all comes down to the local community getting behind it, buying their tickets now and supporting this event,” said Kylie.

Listen to Kylie’s full interview with Sue to find out more about the wonderful community that supports a very worthwhile cause. 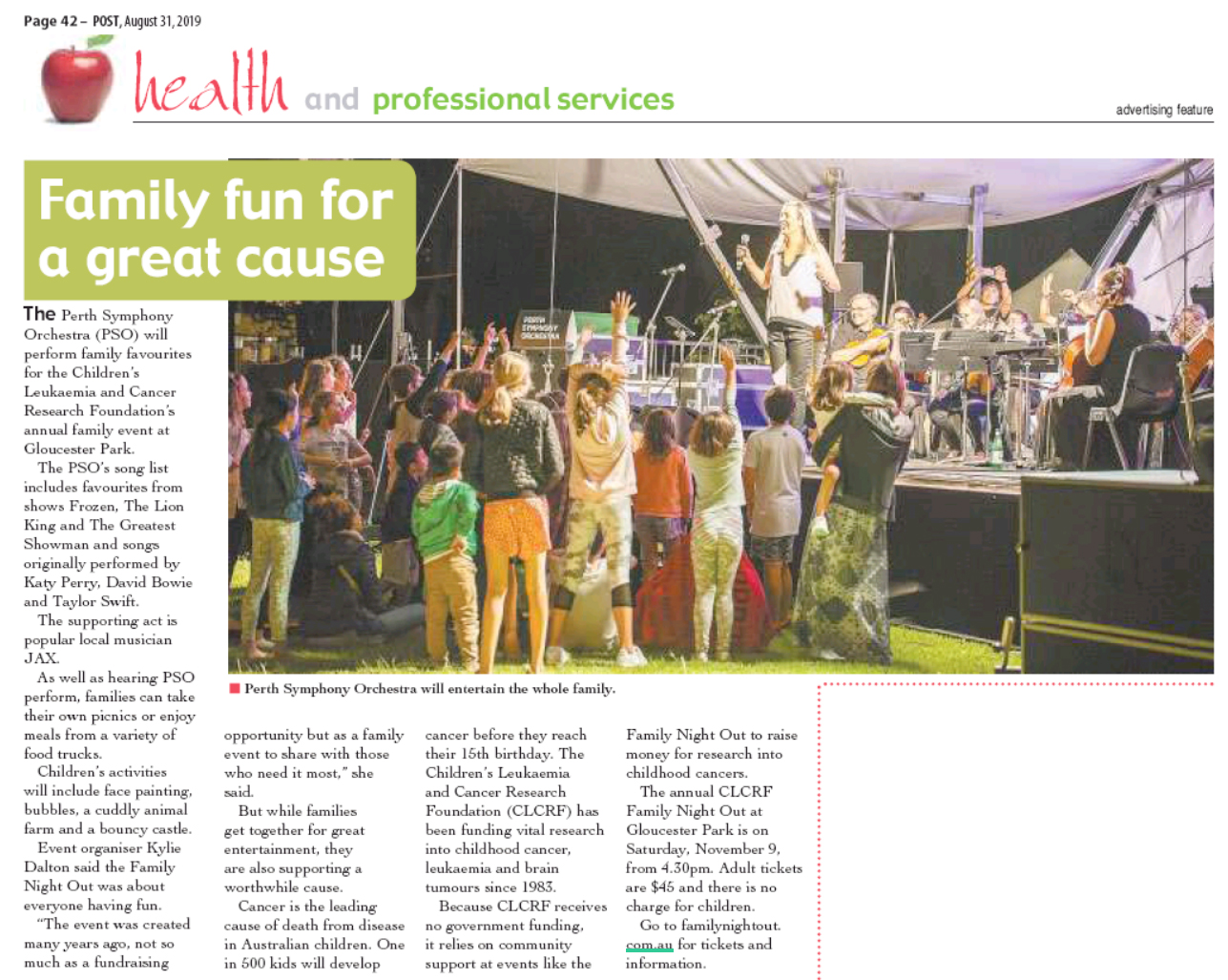 If you set your eyes upon this pint-sized pocket rocket today, you could never comprehend the medical struggles she faced at such a young age. Georgia Lowry was born on June 3, 1994 at St John of God Hospital in Subiaco. A younger sister to Grace and a daughter to Ann Marie and Shaun, her birth was the perfect piece of the puzzle for the Mundijong family. However their lives were turned upside down just eight weeks later when Georgia became lethargic and pale.

Blood test results revealed the ugly truth – Georgia had a rare aggressive type of cancer called acute lymphoblastic leukaemia, of which less than two per cent of infantile patients survive.